"Cooking with kids is not just about ingredients, recipes, and cooking. It's about harnessing imagination, empowerment, and creativity." - Guy Fieri

Culinary Kids was born out of a love of teaching and good food.  Incredibly, the idea came to Bonnie during a morning commute to her job as an elementary school teacher.

In 2005, our founder Bonnie Bachelor was in her first year of teaching elementary school when she experimented with a cooking class for kids at Wood Canyon Elementary School.  Five kids in total were enrolled and Bonnie was hooked!  Impending job changes forced her to postpone her cooking classes to look for full-time employment, but Bonnie knew she wanted to continue along this path. Shortly thereafter, Bonnie secured a full-time teaching job at Newport Coast Elementary School, NMUSD.

One morning, while watching the construction work at the Newport Coast Community Center, she had an epiphany.  The Community Center could be the perfect place to hold her cooking classes!  Bonnie contacted the city and following an interview and a review of the program, was awarded the right to teach her cooking classes.  Bonnie can still vividly recall the City Recreational Director looking straight at her and saying, “I have no idea what you are going to do, but because of your genuine enthusiasm, you can do whatever it is you would like.”

Since then, it’s been an amazing adventure for all of us at Culinary Kids.

In the summer of 2008, Bonnie taught her first summer “cooking camps” and even without the benefit of Social Media, the camp was SOLD OUT every week.  Currently Culinary Kids has twenty employees and three recipe curriculum designers, operates in EIGHT Orange County cities, and enrolls over SEVEN HUNDRED young chefs during the summers.  Summer camps have expanded into after-school enrichment programs in twenty local schools.
It’s been an incredible journey and one that doesn’t have an end in sight!

Bonnie is a credentialed teacher, with 12 years of educational experience in grades kindergarten through fifth and has been providing her summer camps for the last 14 years.

Next Up for Bonnie and Culinary Kids:
Culinary Kids’ goal is to extend the summer camp program and after-school enrichment programs throughout the West Coast and eventually into other states.  Culinary Kids is working toward offering programs as part of enrichment during the instructional day at elementary schools! 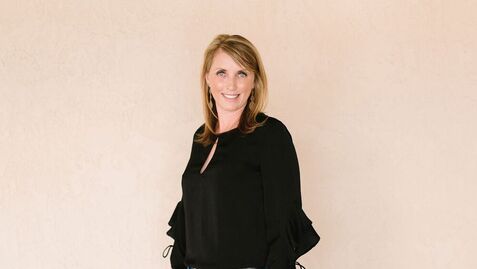 In the summer of 2008, Bonnie taught her first summer “cooking camps” and even without the benefit of Social Media, or a website the camp was SOLD OUT every week.
​Brie Taylor attended camp in 2008 .... fast forward a few years and in 2017 Brie Taylor joined the Culinary Kids team!

Our Recipe for Fun

Come mix, mash, and mingle in the kitchen and make some zesty new friends in the process.

By participating in cooking classes and special events with Culinary Kids, you grant the permission to use your likeness in a photograph, video, or other digital media in any and all of its publications, including web-based publications, and social media without payment or other consideration.
​The images are the property and exclusive copyright of Culinary Kids, LLC.
Website by